This story is a personal one, inspired by a close family member, and takes place on the morning when our protagonist’s world is about to change forever. His long estranged wife and son have finally been granted their American Visa and are arriving in New York after two decades of living in exile, but in order to create space for his legal family, he must say goodbye to the only family he’s had up until that point – Linda.

I want to explore the theme of BLACK LOVE in this film, and specifically how it pertains to African people. Probably for religious reasons, (among many others), the ways in which love, longing and relationship is discussed and portrayed in African film is very limiting. I’m hoping to expand the scope with this film.

The immigrant story is one that’s very dear to me, and one that resonates especially while living in a city like Brooklyn where most everyone is an immigrant of sorts with all sorts of complex ties to their home countries and families. The ideas of family, home, country and what that means can change overnight with the stroke of a policy-maker’s pen. This is my humble offering: Black love and living in America.

This is a story that I’ve been mulling over for a few years, inspired by an image that I’ve had stuck in my mind for years, and the real-life story of a close relative who, to date, hasn’t seen his family since the mid 90s due to visa and immigration issues. My relatives, though separated for decades, have kept in touch regularly, built a house, and seen their child through college on the odd-job money that he’s earned in the USA. Despite their hopefulness to one day reunite, I often wonder what a reunion would actually look like after so many years apart. How would they relate to one another? What scars would the distance have left on them? And what of their child who was 5 months old when his father initially left?
In my mind, the story had always started at the airport as the male character waited to receive his family and worried about being able to recognize them, but when tasked to write and direct a short film for the 2015 Ousmane Sembene Award from the Zanzibar International Film Festival, I thought it interesting to look at the tender “before moments.” Before he steels himself, puts on his armor and happy smile, how would he prepare? And more interestingly, what would he have to clean up?

All of my films have been produced through love and camaraderie, but this film was a new level for me because most of the crew, and both cast members were not people that I’d worked with before, and so they came from feeling moved by the story which was a great honor for me. Everyone fell into place literally up to a week before the shoot. I’d written the script specifically for a certain location that belonged to a relative, but unfortunately our beloved relative lost their battle with cancer one week before the initial shoot date, and so we had to move the dates back. Far enough to grieve, but not too far because the house needed to be emptied and we were at risk of losing all our props!

Finally with our shoestring budget, cast, crew and location in place, we had exactly 12 hours to make it work, or lose the entire production. We shot most of the day in the kitchen location which was minuscule as all 15 of us tried to pile in but make it seem “natural.” Every single person brought their A-game and we managed to wrap the shoot in a record 8 hours, allowing me another 2 hours to sweep, mop and reassemble the house, and then go home and collapse for a month! 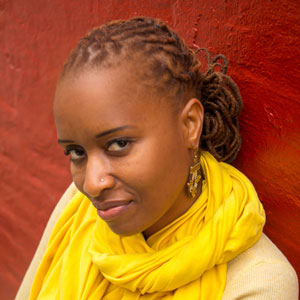 EKWA MSANGI (WRITER/DIRECTOR)
Ekwa has written & directed several shorts, most recently award-winning comedy Soko Sonko (The Market King) and her newly released film Farewell Meu Amor. Her suspense-thriller, Taharuki (Suspense) is distributed by Shorts International, Inc. She has also written & directed several drama series for mainstream broadcasters in Kenya and MNET South Africa. Ekwa was selected for the 2016 Berlin Talent Campus and is a resident instructor with the African Film Festival, Inc, and is a Screenwriting mentor in Mira Nair’s Maisha Film School. Ekwa’s first web-series All My Friends Are Married launched in April to rave reviews, and she is in development on her first feature documentary about Tanzania’s first president, Mwalimu Julius Nyerere. 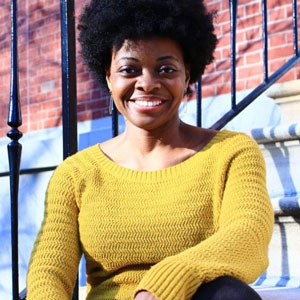 HURIYYAH MUHAMMAD (PRODUCER)
Huriyyah is the Founder of the Black TV & Film Collective and Managing Partner of Infinite Wings Media. She has been instrumental in bringing the power of storytelling, media production and digital media opportunities to businesses, entrepreneurs and artists. As an independent feature film producer, she has led the production of multiple independent feature films from development to market. Her documentary, Bulbul: Song of the Nightingale is currently in post-production, while Soko Sonko, (The Market King), continues to win awards. She will launch her narrative directorial debut this winter with the supernatural suspense Keloid. 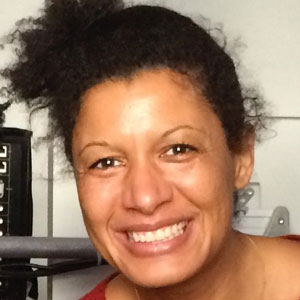 MATAMBA KOMBILA (PRODUCER)
Originally from Gabon, Matamba is a writer/director with a background in special events production in the luxury fashion industry. She has initiated the development of the feature-animated film Ebando, a Gabonese creation myth, and of the live action drama Black Car, a murder investigation set in a fictive African Republic. She wrote, shot, directed and edited two experimental short films: A Walk in Beauty and A Walk in Purpose. A Walk in Purpose has screened at various festivals and shows in Europe and the USA, while her short, Telesourd, which she wrote, directed, and shot in Gabon, is currently doing the festival circuit globally. Her most recent short, DD Teddy Bear, was released early 2016.

SHAWN PETERS (DIRECTOR OF PHOTOGRAPHY)
Shawn has worked on narrative features and shorts with Damon Cardasis, Terence Nance, Sebastian Silva, and Raafi Rivero that have premiered at Sundance, The Rotterdam International Film Festival. Berlin Film Festival, Tribeca Film Festival, and Toronto International Film Festival. Shawn has been awarded a 2015 Creative Capital Award and a 2016 Sundance, New Frontiers Fellowship and has been invited to present at the The Art of Idea Festival and the Future of Storytelling Summit 2016 for his personal project The Art of Dying Young. 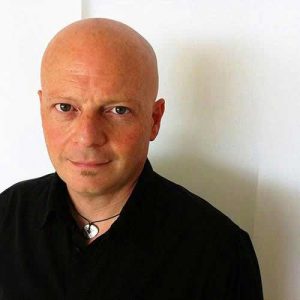 FRANCESCO DI FIORE (MUSIC COMPOSER)
Francesco, a pianist and composer, was born in Palermo. He studied in Austria with Harald Ossberger, in the Czech Republic, at the National Academy of Music, with Peter Toperczer and in Italy with Eliodoro Sollima and Bruno Canino. In 1986 he started his concert career performing hundreds of concerts worldwide. He appears regularly at international festivals presenting his compositions and also music by other contemporary composers. Alongside music for piano, his compositions include chamber and orchestral music and film soundtracks. A large segment of its production also consists of music for the theatre, having composed more than 30 scores for theatre productions, both classical and contemporary. In 2011 he created an original and enormous project called Miniature 2011 in which he composed a new piece each week and presented it on the internet. The project yielded 53 compositions totaling around 210 minutes of new music. 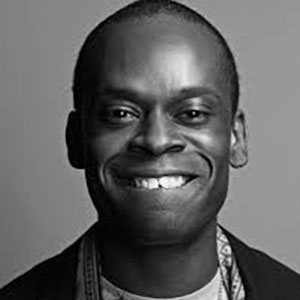 SAHR NGAUJAH (WALTER)
Sahr originated the title role in Fela! Off-Broadway, Broadway and in the West End. Ngaujah earned an Obie & Theater World Award; and was nominated for an Olivier, Tony, Grammy, Drama Desk, Lortel and Drama League awards for his performance. TV credits include: The Good Wife, Taxi-22 (pilot), The Blacklist, Last Resort. Film: Freeheld, Kenshow at the Bedfellow, Blood Done Sign My Name, The Signal, Stomp the Yard, Finding Fela, and the upcoming Money Monster, directed by Jodie Foster. Director: Conversations With Ice, Seven Sins. Masters of Theatre: DasArts – Netherlands. Music: Sahr + Ricardo aKUsTIc, Chop & Quench, 2016 album appearances include Drum for your life by Pop It! Action by Directors, Are you ready for this (EP part3) by D-Felic. Ngaujah will next be seen Off-Broadway at the Signature Theater honoring the three Legacy playwrights, Edward Albee, Maria Irene Forenes and Adrienne Kennedy, under the direction of Lila Neugebauer. 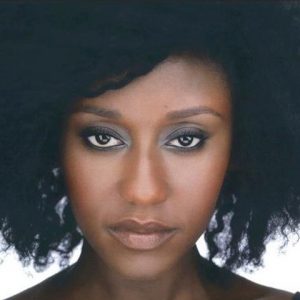 NANA MENSAH (LINDA)
Nana is currently in post-production on the film Queen of Glory, in which she starred, wrote and directed. She also plays the role of Sade in the hit series, An African City and can be found in Refinery29’s web-series The Walker, starring Rightor Doyle and Academy Award nominees Carey Mulligan & Gabourey Sidibe. New York theater credits include OBIE award winner Clare Barron’s I’ll Never Love Again (a chamber piece) and two turns in Shakespeare in the Park, (The Bacchae, starring Anthony Mackie & Jonathan Groff, and Mother Courage and Her Children starring Meryl Streep & Kevin Kline), as well as plays at Playwrights Horizons, Classic Stage Company, and the Culture Project.